In 1964, Toho Studios introduced a three-headed kaiju with large (but proportionately small) bat wings, two spiked tails, and golden scales as Godzilla's main adversary in Ghidorah, the Three-Headed Monster.  But for centuries, Russian and slavic folktales also told tales of Gorynych zmei, a dragon with 3 (or more) heads. I took inspiration from both sources and designed a dragon with wings that are a combination of King Ghidorah's bat wings and a pterosaur-like anatomy where the wing shaft is an extension of the pinky digit that folds up when the forearm is touching the ground. King Ghidorah was technically more of a wyvern in that it only had two limbs and wings, whereas true western dragons like my model have 4 limbs and a pair of wings. I modeled the two spiked tails and three heads based the original Toho Studios design which was also clearly influenced by traditional Asian dragons. My thanks again to the Ceramic Art Studio and Shop. 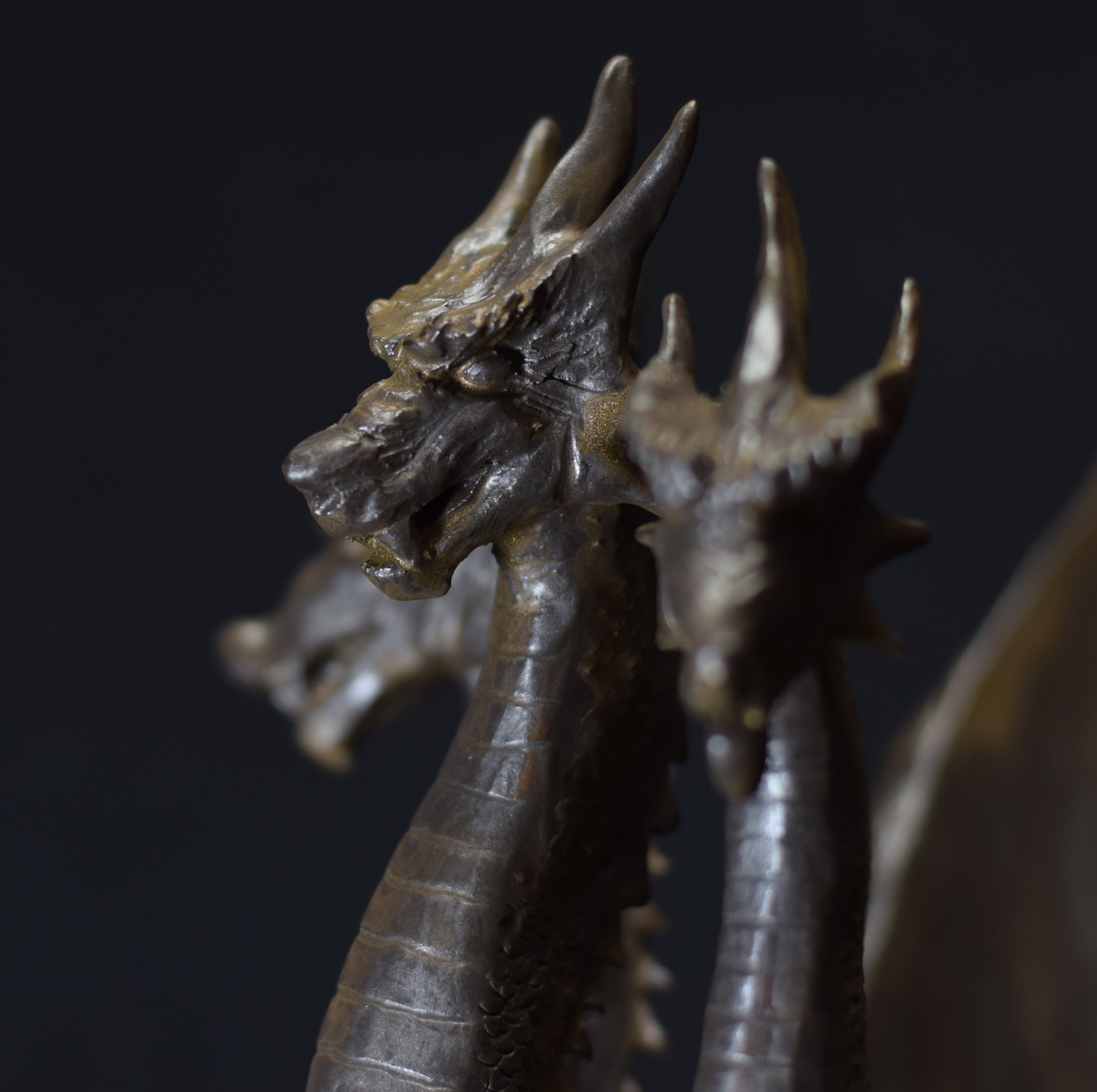 Guest - Mike
Do you have any pictures of your hms surprise build now that google plus has been taken down ?
HMS Surprise Figureheads and O...
about 2 weeks ago

James J. Choi
Thanks Seongil ! Much appreciated!!!
Thanos the Philosopher
about 3 months ago

Guest - SEONG IL CHO
I can feel the strength and dominance of Thanos. Art sculpture stimulares my emotion. It is really ...
Thanos the Philosopher
about 3 months ago