What snacks and treasures are Drogon guarding with such vigil? My thanks again to the Ceramic Art Studio and Shop. 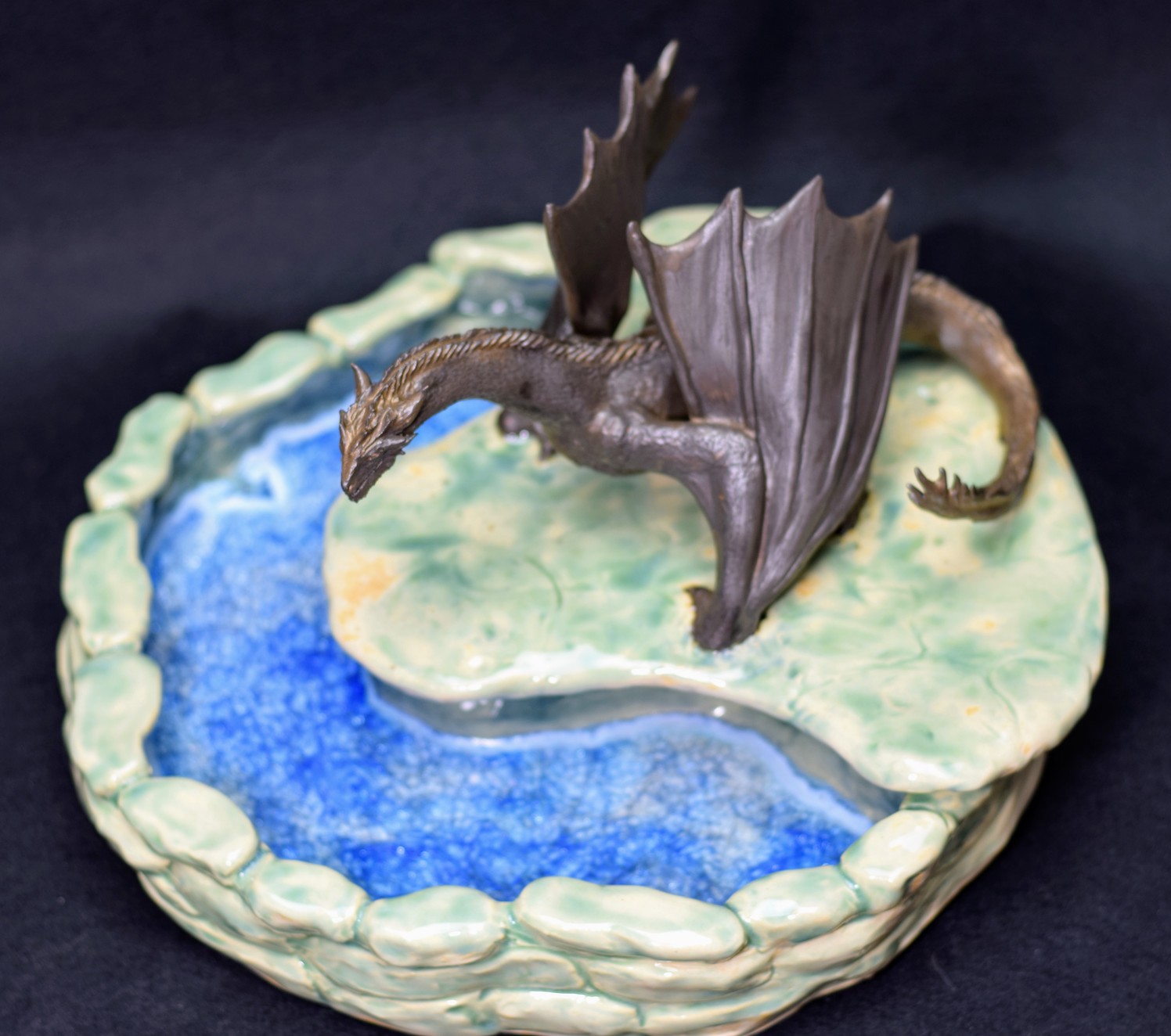 King T'Challa, AKA The Black Panther

The Black Panther is one of Marvel's coolest antiheroes and made his debut in Fantastic Four #52 (July 1966). While I am overall impressed with the Marvel Cinematic Universe's takes on most other characters' costumes, I've been disappointed with the Black Panther and Captain America whose appearance were much better in the comic books in my opinion. My sculpture is based on the classic sliver age version sans the short cape. My thanks again to the Ceramic Art Studio and Shop.

Prince Namor, AKA the Submariner

Prince Namor (Full name: Namor McKenzie) is one of the earliest comic book superheroes, and is a foundational character throughout the Marvel universe. Half Atlantian and human, Prince Namor, AKA "The Submariner" has been both a threat and savior to the human race. He is one of my all time favorite comic book characters, and I've been wanting to sculpt him for a long time. I debated on glazing him in full color, but I decided on the bronze look (Amaco Saturation Gold). My thanks again to the Ceramic Art Studio and Shop.

Snow White - A Tribute to the First Disney Princess

In 1937 Walt Disney released Snow White and the Seven Dwarfs, the first full-length animated feature film in history. Based on the 19th century fairy tale collected by the Brothers Grimm, Snow White was also the first feature film produced by Disney, and its commercial success enabled the financing of the Disney studios in Burbank, where animated legends like Pinocchio and Fantasia were later made. My tribute to this first Disney princess (and my second tribute to Disney since Tinker Bell) is based on the scene in the woods during the "With a Smile and a Song" number, voiced and sung by Adriana Caselotti, the then 19 year old session singer and voice talent who deserves as much credit as the animators for bringing Snow White to life. My thanks again to the Ceramic Art Studio and Shop. 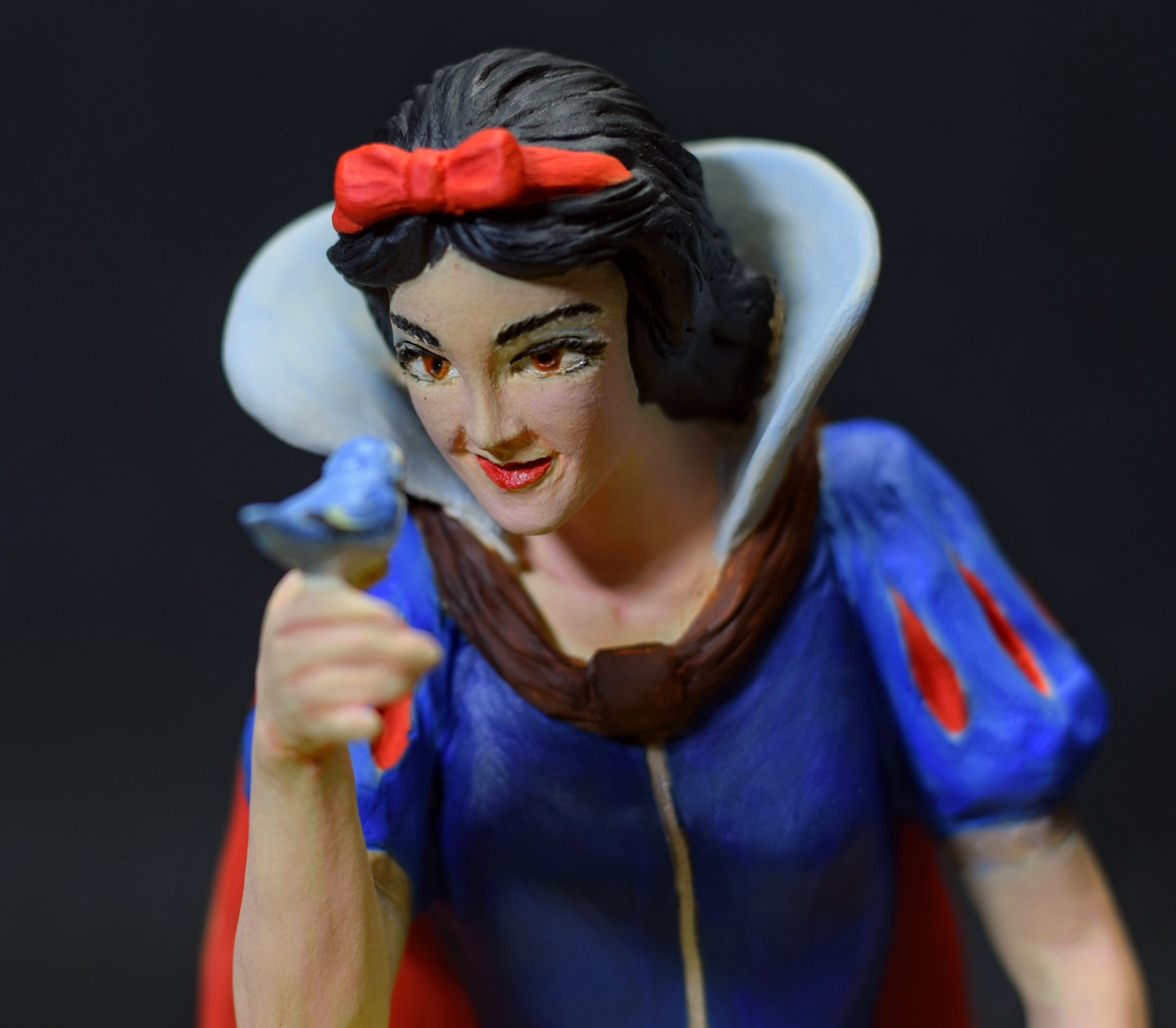 The koala (Phascolarctos cinereus) is a marsupial native to Australia and have the oddest adaptations. They have two thumbs, fused toes, vertically slit irises, and their diet consists solely of eucalyptus leaves which are full of toxic chemicals. They also have one of the smallest proportionate brains of all mammals. All this aside, they are one of the cutest animals in the animal kingdom. I based my sculpture on a stock photo of a specimen atop a tree, with a base of melted blue glass. My thanks again to the Ceramic Art Studio and Shop.

Thank you so much for visiting my website and for your kind words!

Much, much appr...
About James
about 2 months ago

Guest - Cheryl Hess Schaal
I’m so beyond impressed with your brilliance!!!!
About James
about 2 months ago

James J. Choi
That is quite the statue of this magnificent specimen (and YouTube star IMO)!

Thank you for shari...
Ikemen Silverback Gorilla Shab...
about 3 months ago

We have something a little larger!